Video on how to move off quickly. 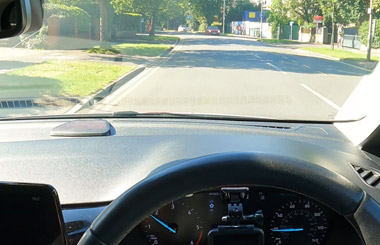 When some new drivers try to pull away quickly they either stall or just move off slowly and one of the main problems is not pressing the gas pedal before moving off.

It's possible in a modern car to move off without any gas but it's not good practice.

Because the car moves off without needing any gas, some new drivers get used it and it kind of works for them most of the time. 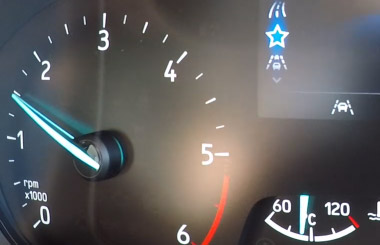 The car moves, so why use the gas pedal?

When moving off on a flat road, you should press the gas and set the revs roughly up to about 1 and a half, then find the biting point. This helps you move off smoothly and there's less risk of stalling.

Press the gas more as you smoothly raise the clutch as you move off.

You won't have time to look at the rev counter or want to stare at it, so you'll have to get used to the sound of the engine.

Pressing the gas more and setting the revs a little higher than 1 and a half helps the car move off on an uphill without worrying about stalling.

Anytime you demand more from the car, whether it's an uphill start or you want to move off quickly then give it a bit more gas. 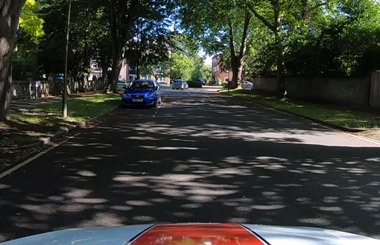 The clutch is in control.

Some new drivers think that pressing the gas when moving off is going to make the car go really fast but between 0 to about 5mph the clutch is in control.

The more you raise the clutch, the faster you move off. But you need to press the gas to help move off smoothly and not stall.

The gas pedal will make you move faster once you've released the clutch.

How do you move off quickly?

Well it's similar to an uphill start. See your chance to go. Set the gas above 1 and a half, raise the clutch to the biting point, then smoothly release the clutch as you accelerate more.

You don't always need to pull away quickly, only when needed, such as when it's busy and you don't get many opportunities to go.

A lot of accidents happen at junctions, so always make sure you observe properly and only go when you're absolutely sure it's safe.