How to recover from stalling

Video on how to recover from stalling 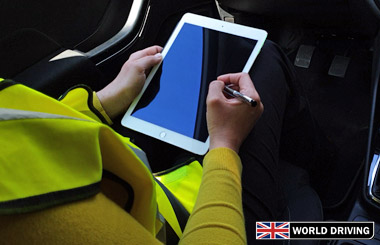 Is stalling a driving test fail?

It's not necessarily a serious or dangerous fault on your driving test if you do stall, it might not even be a driving fault or a minor as they're commonly called.

It all depends on where you stall, are you now in a dangerous situation? What's happening in front or behind you? And how much of an inconvenience are you to others?

Will I get a fault on the driving test for stalling?

If you stall when moving off from the side of the road then you might not even get a driving fault. But stall in the middle of a busy junction and then getting in the way of others will probably result in a serious fault.

What should I do if the car stalls?

Whether you're on a test or not, the main thing is to stay calm and get the car started safely and quickly but also remaining in control.

Other road users might try and go round you when you stall so don't forget to have a quick check to make sure no ones overtaking before moving off.

Some new drivers stall and then press the footbrake really hard. But it could be dangerous for drivers behind so avoid doing that. 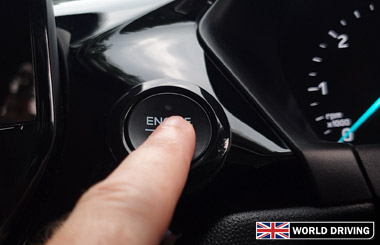 Stalling on a flat road

If you stall on a flat road then you wouldn't normally apply the parking brake or select neutral as that will delay you and potentially annoy other road users and make a possible bad situation even worse.Instead, make sure that you keep the clutch pressed down or the car could jump forward or not start and get the car started quickly.

Bear in mind, cars that have auto start stop sometimes start themselves after stalling so you won't need to do it yourself.

You might have stalled because you tried to move off in the wrong gear.

How to restart the car quickly and safely.

When you stall, press the clutch down, gently press the footbrake, check that it's in first gear and start the car. Make sure it's safe and drive on.

If the car stalls but hasn't come to a stop, then press the clutch quickly, start the car and providing it's safe drive on.

Stalling on an uphill

If you stall on an uphill then don't panic and don't press the footbrake really hard but keep it pressed like you normally would and also keep the clutch pressed down too. Apply the parking brake (handbrake) to make the hill start easier and start the car. Make sure you're in the correct gear and it's safe to move off.

Of course every situation is different and it's up to you how you deal with it at the time but remember that it's important to deal with the stall safely and in control but also trying not to hold up other road users.