During your driving test you will be assessed and marked on an iPad. The examiner used to use paper and that sheet is below which is pretty much the same as what is on the iPad.

You're allowed no more than fifteen driving faults (often referred to as minor faults) and no serious or dangerous faults.

If you persistently keep getting the same driving fault in a particular category (for example box 19 Following distance) then the next fault will be serious, which would result in a fail.
Rotate your phone to take a closer look at the Driving Test Report.

Rotate your phone for a closer look: 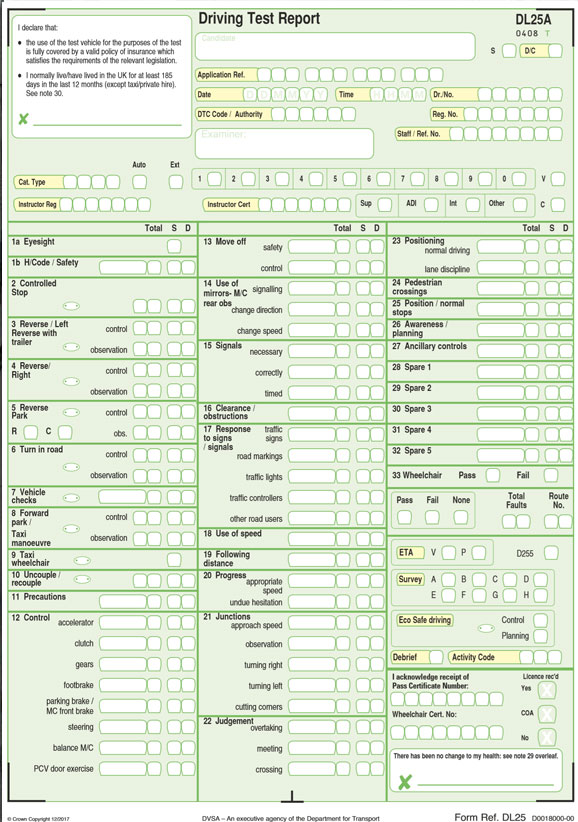 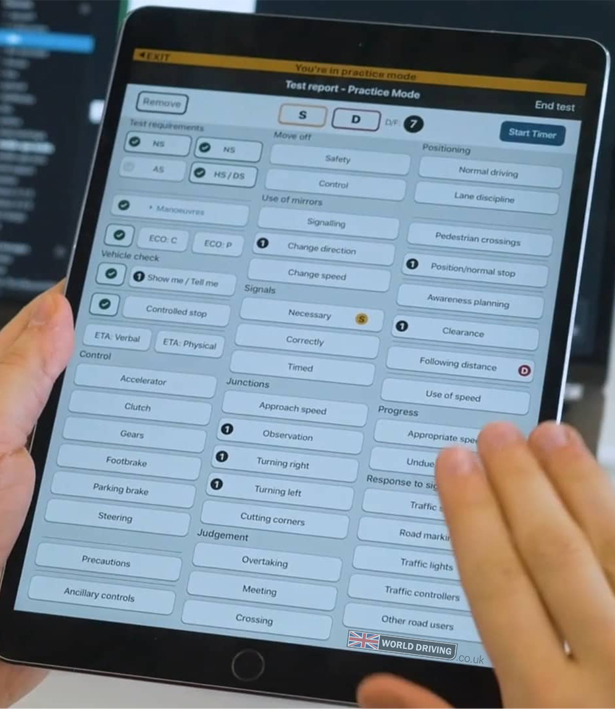