Some learner drivers search for it and some know it already. What exactly is the secret to passing the UK driving test?

Actually, there isn't a secret. There never has been one. To pass a driving test just takes hard work, practice, determination and most importantly experience on the road.

To give you a better chance of passing your driving test, here's our top 5 tips.


Tip 1: Anticipate what will and might happen next and plan ahead. 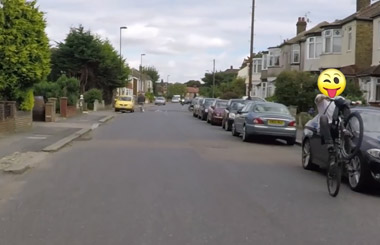 Driving is unpredictable and you never know whats round the next corner which also makes the driving test unpredictable.

But there are certain things that you can expect and you shouldn't be surprised by such as pedestrians wanting to cross at pedestrian crossings, especially look out for zebra crossings as they're not controlled by traffic lights. Try not to just think about what you need to deal with right now but also what's next.

You might have heard of someone failing their driving test because a car came out of nowhere and they didn't brake in time. Believe it or not but cars don't come out of nowhere. You just need to be prepared and don't drive as if you're the only car on the road. If you can't see round a corner then approach it slowly ready for the worst, such as a bin lorry, at a closed junction where you can't see very well, emerge carefully, observe properly and don't assume it's clear, in fact always expect the worst.

Effective observations are so important, because your life or somebody else's life could depend on it.

When meeting oncoming traffic, don't just think about the space you need drive into but how you're going to get back out too. Constantly try to think and be prepared for whats next.

Keep up your awareness and look out for any potential hazards.

Signs and road markings are all there to help you. If you're unsure what the speed limit is then look out for smaller repeater signs.

Look well ahead and try to spot signs early so that you have time to think and react. If you miss signs and road markings then you could turn into a road that is a no-entry or you could start driving over the speed limit or even driving too slow if the speed limit raises and it's safe to drive faster but you haven't noticed.

It takes a lot of concentration and awareness to be a good, safe driver on the road. Plan ahead for what might happen next and try to be ready for anything. Take in all the information that's around you, including what you see in your mirrors and keep scanning the area ahead.

You've probably got the message by now how vital it is to plan ahead but it's worth reminding you that regular checks of your mirrors is essential so that you know what's going on behind and react safely to what you see. It's also important to know when to have a quick sideways glance into the blind spots for example before changing lanes.

It's so important to keep anticipating and planning, as soon as you stop doing it, mistakes will start to happen. 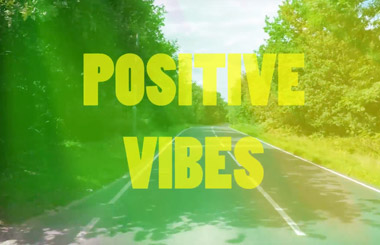 You might make a mistake that totally puts you off. Let's take an example such as stalling when pulling up. You start worrying and over-thinking. Why did I do that? I've definitely failed for this. You're sure you've failed, whats the point in continuing?

You carry on with the test dwelling on what you think was a big mistake only to make more serious mistakes as you're still thinking about what just happened and aren't concentrating. The mistakes start snowballing and you just want to go home.

The driving examiner sees it quite differently. The examiner noticed you stalled and restarted the car but there wasn't any actual or potential danger, and you didn't affect any other road users. You haven't failed but you might get a driving fault or a minor as they're commonly called.

If you make a mistake on the driving test, forget about it for now, recover from it, think about what's next and concentrate on your driving.

There's no point dwelling on mistakes and definitely don't think you've failed or give up during the test. Because what you think was a serious mistake could be a driving fault (a minor) to the examiner.


Tip 3: Don't be distracted by what the examiner is writing. 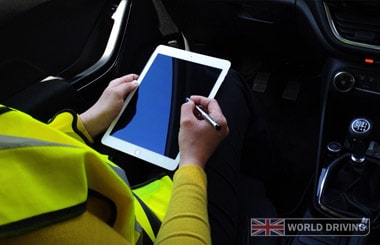 The examiner will have the driving test results sheet on their lap and they might occasionally write things, but don't be tempted to have a peek at what they've written as it could distract you from your main job which is to drive at your best.

It can be hard to concentrate on what you need to do, especially if the weather is bad or there's something else distracting going on. 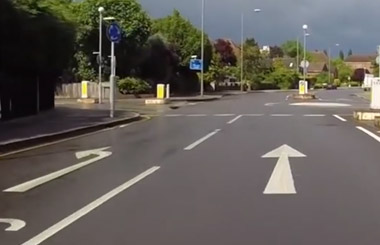 Don't assume the road you're on still has a 40mph speed limit for example or to go ahead at the roundabout you'll always need the left hand lane or you can never drive in bus lanes.

Going back to tip 1, plan ahead and look out for road signs and markings. The driving examiner isn't there to trick you or catch you out. All the information is there, it's just up to you to see it. If you don't and something serious happens then unfortunately you'll fail your driving test and have to come back as you'll need more practice and experience.


Tip 5: Try to have an early night before the day of your driving test. 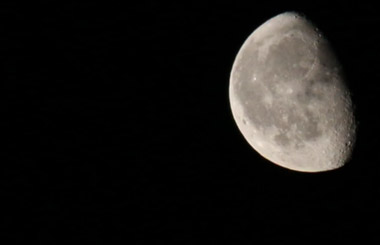 The right amount of sleep is important to function at your best. Waking up and feeling tired won't help your concentration levels and will put you at a serious disadvantage. 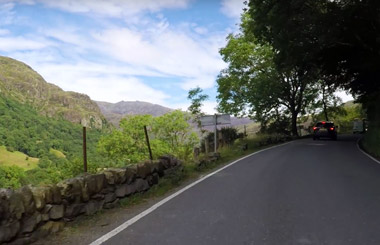 If you're constantly making serious or dangerous mistakes during your driving lessons or failing mock driving tests in a big way then you're probably not really ready for the driving test or for driving on your own yet. Consider delaying the test and get some more practice.

Don't go for the experience, mock driving tests are good for that and they're cheaper than the real test. Go for the driving test because you feel confident and not only have you proven to your instructor that you have the skills for driving safely but also to yourself. When you begin your driving test, stay calm, remember that you just need to show one more person what a safe driver you are and most importantly, believe in yourself.

There's more to driving than just these tips but we really hope they help. If you're looking for tips on how to do each of the manoeuvres then have a look at our other videos as you might find out something you didn't know.

Unfortunately there isn't a short cut or magic way to pass the driving test. For the best chance of passing, it's simple, just practice lots, build up your experience on the road and learn from any mistakes.